Vaporizers are quickly picking up steam among consumers, and there a variety of options available for purchase. Both dried herbs as well as concentrates can now be effectively consumed with the use of either portable or desktop vaporizers. Dried herbs typically must be finely ground for even heating within the device, also finely ground herbs tend to take less of a toll on the internals of the device. Concentrates are quite aptly named, as they are from concentrated resin and have a much higher potency, therefore it is recommended to only use a amount if marijuana tolerance is not very high. Vaporizers have improved considerably over the years and the problems that plagued older models are now non-existent. 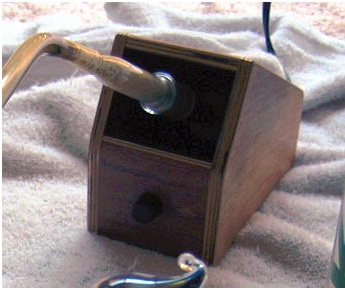 The dried herbs or concentrates can be heated one of two different modes of action, by either conduction or convection. Conduction, sometimes referred to as direct heat, involves exposing the material to be vaporized directly to a heating element, while the convection method heats air to the desired temperature and allows it to flow over the material being vaporized.

Vaporizers can either be the desktop or handheld, with desktop models usually allowing for users to take large, massive puffs in the comfort of their own home while handheld vaporizers allow for discreet enjoyment while mobile.

Before buying a vaporizer, one should consider whether or not the price of the vaporizer is suitable for the level of use you would like to achieve, and whether or not that vaporizer has the right features to satiate that user’s desires. You should also take the time to read product reviews on the vaporizers your interested in purchasing.

The vaporizer market is now inundated with novel products of all shapes and sizes, here are a few of the more notable portable options:

This is the best device when it comes to discreteness; it is easy to conceal because of its small size allowing it to be used nearly anywhere. It can be used with concentrates as well as dried herbs, but concentrates are not its strong suit. If you are looking for a vaporizer that is concentrate compatible, then PAX 3 is the better option than Davinci IQ, which I will cover shortly. It heats up very fast in about 20 seconds and produces a very satisfying amount of favor. Coupled with all of this is a 10-year warranty, companies tend not to give warranties that long unless they are confident their product will last.

The Davinci IQ, while being unable to vaporize concentrates, beats PAX 3 regarding overall performance, especially in the production of vapor. It comes with multiple temperature settings that are displayed on an LCD screen on the front of the device. This customizability gives Davinci IQ an upper hand over Pax 3. It is about as discreet as the PAX 3, it is worth noting it is slightly wider than the PAX, and it is well-built with an impressive metallic finish. The modern IQ app available for download has four company preset patterns for heating; it also allows you to create your heating pattern and save it for later use. This app is bug-free and can record data on your usage pattern like the average temperature and time spent using the IQ. It costs about the same price as PAX 3 depending on retailer and outperforms the PAX 3 in raw vapor production. It is the best portable vaporizer for herb and flower but it cannot be used for concentrates. It has a good heat up time and has a warranty of ten years. It has been ranked higher than the PAX 3 consistently by many reviewers.

The Haze V3 has two separate chambers of very accommodating size that allow the device to be used for both herbs and concentrate. The vaporizer has many heat settings and was designed to be able to provide any experience a customer could demand from their personal vaporizer. It works best on dried herb in the two lower settings while concentrates are best enjoyed at the two higher temperature settings. Heating can take a bit of time especially if it’s done from a cold start. It is slow in heating especially when the battery power is near death. It has a variety of options such screens that change the device from convection to conduction. It also allows for swapping the mouthpiece to either glass or metal. It is a slightly larger handheld allowing for better dispersion of heat so your hands don’t feel any heat coming from the device.

This device will cost you half the price of Davinci IQ or Pax, but it offers a very similar experience. It is best for those who are budget conscious but would want a quality device in their arsenal. Another impressive feature of this device, it has a lifetime warranty. Though Miva takes more time to heat up than Davinci or PAX 3, taking about 30 seconds, once it’s heated it produces a more than passable amount of vapor. It has better heat insulation ability than some more expensive devices; it takes time to become hot to the touch.Though it lacks flashy features or concentrates support, it is the best vaporizer in the category of vaporizers below $200.

The Genius Pipe is quite possibly the highest quality pipe currently on the market. It’s basically indestructible and has a very unique design which allows for very smooth hits. If you’d like to find out more about the Genius Pipe, you should check out this in-depth Genius Pipe review to learn about all of its features. It truly is a remarkable device.

The Firefly 2 is a great option for producing flavorful vapor though it’s more on the expensive end of the spectrum. It heats up fast taking about five seconds and charges lightning fast in just 45 minutes. It is a larger model so it requires more discretion when taken out in public. It has an app which makes it customizable, allowing you to alter temperature very precisely.

Each vaporizer has many pros and cons, some things hold other vaporizers back more than others. Every vaporizer has their unique features which are their selling points and allows them to be ranked differently. These features are typically are the size to facilitate discreetness, battery life which affects its production of vapor, the chamber size, choice of chamber material (affects vapor production and flavor), temperature settings, and connectivity options.

Things to Look For in a Vaporizer

The design of a vaporizer is worth considering, as some look like very futuristic and novel devices. Design also factors into the discreet nature of the device, as smaller devices are easier to conceal from the general public. Vapor quality is the next major selling point of a vaporizer, with some models providing a much better experience than others with regards to vapor produced and the flavor imparted by the device.

Though all vaporizers have their shortcomings, cheaper vaporizers tend to have a battery that is more likely to stop working properly after only minimal use. Weak battery power slows heat up time on the device as well as handicaps the production of vapor.